Bear Fruit: Your Mission Is To Eat

Tweet
“The course of suburban development in American is pushing the individual toward that line separating proud independence from pitiable isolation.”
Ray Oldenburg, The Great Good Place
• 69 Million dollar for 2017
• “It is estimated that American Industry loses from 50 billion to 75 billion annually due to absenteeism, company paid medial expenses and lost productivity. Stress (from isolation) is the leading cause for these industrial loses.”Ray Oldenburg, The Great Good Place
DOES THE CHURCH HAVE AN ANSWER?
• What is our mission?
• How do we execute it?
What is our mission?
What are we doing?
Missio Dei: Our mission should be the “mission of God?”
John 5:17 (ESV)But Jesus answered them, “My Father is working until now, and I am working.”...19 So Jesus said to them, “Truly, truly, I say to you, the Son can do nothing of his own accord, but only what he sees the Father doing. For whatever the Father does, that the Son does likewise. 20 For the Father loves the Son and shows him all that he himself is doing. And greater works than these will he show him, so that you may marvel.
The missional arc of God fits in the storyline of scripture
Creation
Fall
RESTORATION
Consummation
Define: (through the death of Christ for the sins of His people) God is restoring a place to dwell with Him that is often described as a banquet, bistro, pub...where everyone worships His name, where people are valued as they experience rich fellowship. This place is called a garden, a family, a city, “A GREAT GOOD PLACE”...the best CHEERS EVER!
B.E.S.T.
E.ating is the mission
Isaiah 25:6 (ESV)6On this mountain the Lord of hosts will make for all peoples a feast of rich food, a feast of well-aged wine,of rich food full of marrow, of aged wine well refined.
Isaiah 55:1–2 (ESV)55 “Come, everyone who thirsts,come to the waters;and he who has no money,come, buy and eat! Come, buy wine and milkwithout money and without price.Why do you spend your money for that which is not bread,and your labor for that which does not satisfy? Listen diligently to me, and eat what is good,and delight yourselves in rich food.
Psalm 23:5 (ESV)You prepare a table before me in the presence of my enemies;you anoint my head with oil; my cup overflows.
Revelation 3:20 (ESV)Behold, I stand at the door and knock. If anyone hears my voice and opens the door, I will come in to him and eat with him, and he with me.
“Son of Man came” used only 3 times in the NT
Luke 19:10 (ESV)For the Son of Man came to seek and to save the lost.”
Mark 10:45 (ESV) For even the Son of Man came not to be served but to serve, and45to give his life as a ransom for many.”
Luke 7:34 (ESV)The Son of Man has come eating and drinking, and you say, ‘Look at him! A glutton and a drunkard, a friend of tax collectors and sinners!’ (“all he does is eat and drink”)
Our Mission: Adding by eating
Acts 2:46–47 (ESV)And day by day, attending the temple together and breaking bread in their homes, they received their food with glad and generous hearts, 47 praising God and having favor with all the people. And the Lord added to their number day by day those who were being saved.
Jesus explains the MISSION of adding by EATING
Luke 15:2 (ESV)And the Pharisees and the scribes grumbled, saying, “This man receives sinners and eats with them.”
“Why do I eat with those who do not know God?”
Luke 15:3–4 (ESV)3 So he told them this parable: 4 “What man of you, having ahundred sheep, if he has lost one of them, does not leave the ninety-nine in the open country, and go after the one that is lost, until he finds it?
Jesus commands us to do the same...
Luke 14:12–13 (The Message)
Then he turned to the host. “The next time you put on a dinner, don’t invite your friends and family and rich neighbors, the kind of people who will return the favor. Invite some people who never get invited out, the misfits from the wrong side of the tracks.
Don’t invite people ON THE “INSIDE” list. Invite people on the outside of your community and people who need what you have to offer. The word hospitality means “the love of strangers... “those outside of covenant community...”
This is effective because...
1. We are hard wired for it.
2. It’s on neutral ground.
3. It slows everything down and conversation is the primaryactivity.
Surrounded by broken people
Becoming a good neighbor
Luke 10:30–37 (ESV)Jesus replied, “A man was going down from Jerusalem to Jericho, and he fell among robbers, who stripped him and beat him and departed, leaving him half dead. 31 Now by chance a priest was going down that road, and when he saw him he passed by on the other side. 32 So likewise a Levite, when he came to the place and saw him, passed by on the other side.30 But a Samaritan, as he journeyed, came to where he was, andwhen he saw him, he had compassion. 34 He went to him and boundup his wounds, pouring on oil and wine. Then he set him on his ownanimal and brought him to an inn and took care of him. 35 And thenext day he took out two denarii and gave them to the innkeeper,saying, ‘Take care of him, and whatever more you spend, I willrepay you when I come back.’ 36 Which of these three, do you think,proved to be a neighbor to the man who fell among the robbers?”33He said, “The one who showed him mercy.” And Jesus said to37him, “You go, and do likewise.”
• Nearing...
• Caring...
• Sharing...
Tweet 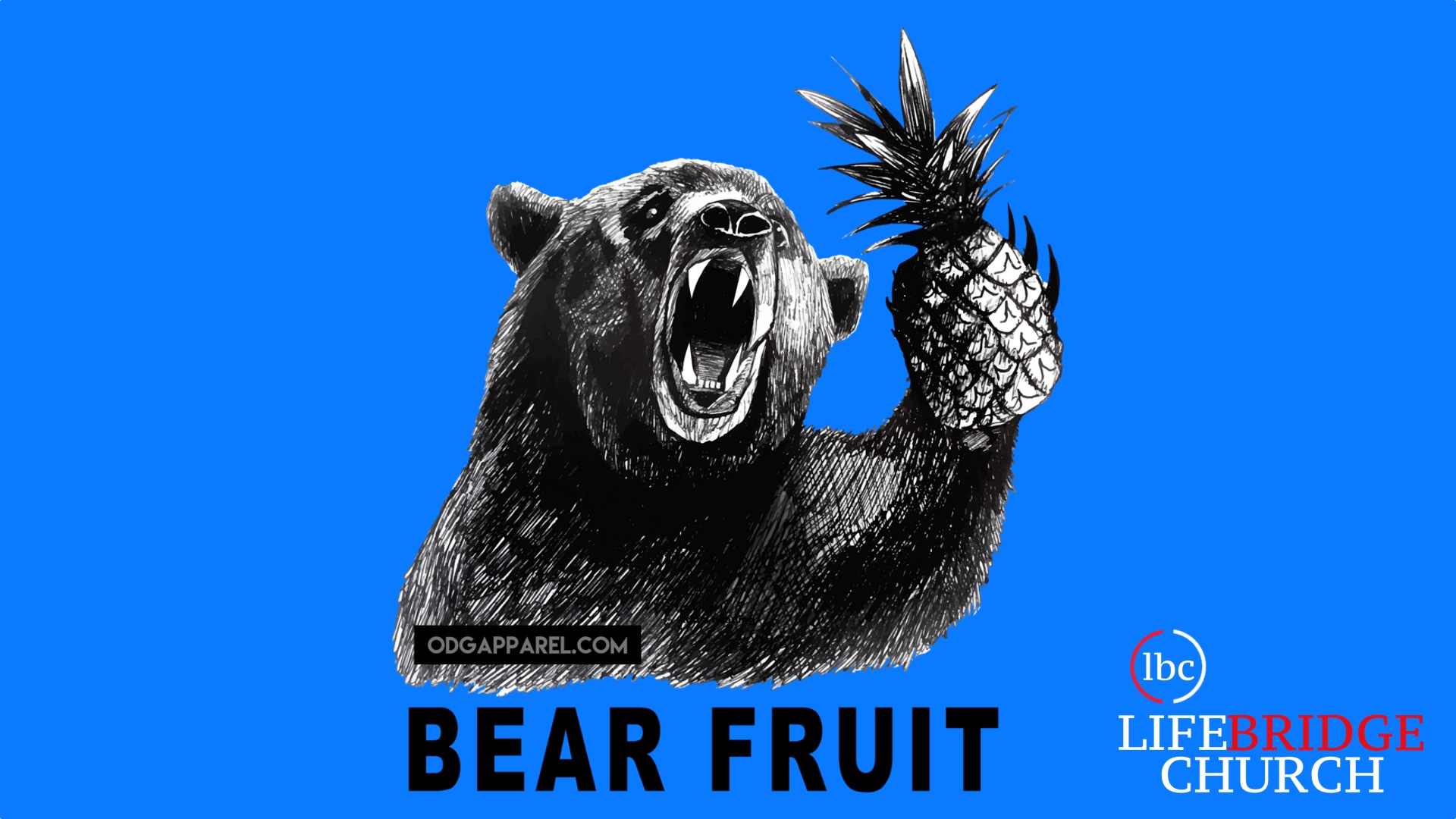 Bear Fruit: Go and Do Likewise